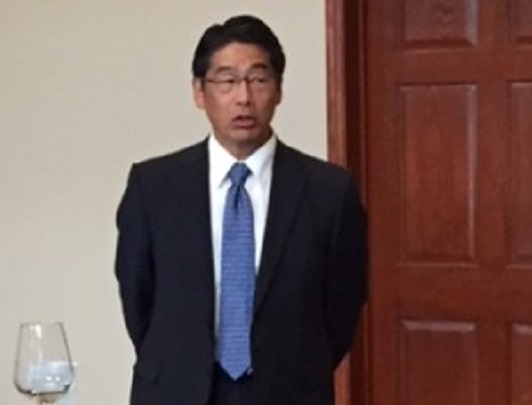 The Consul-General of Japan, along with his representatives and representatives from the Minnesota Department of Employment and Economic Development (DEED) were in Hutchinson Monday.

The Consulate is based in Chicago and serves 10 Midwestern states, including Minnesota, to foster closer economic cooperation between Japan and those states and is the “contact point for promotion of foreign direct investment in Japan.”

Consul-General Naoki Ito and the entourage visited some businesses, the High School, and Ridgewater College.

Ito says Japan has focused heavily on the auto industry, but is looking to expand to other areas.

Ito said he was quite impressed with what Hutchinson has to offer, because of the collaboration with the school district, Ridgewater College, and local manufacturing companies.

Ito says expanding investment opportunities between the U.S. And Japan includes both the creation of new companies and merging with existing companies.

An interview with the Consul-General, with questions by Mark Wodarczyk-KDUZ/KARP/KGLB and Jeremy Jones-Hutchinson Leader, is below, with some photos taken at the Crow River Winery also.