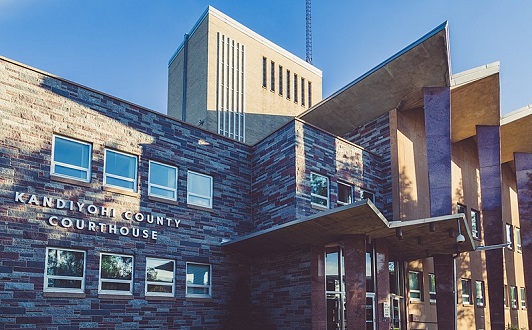 (KWLM/Willmar, MN) A court appearance scheduled for today (Thursday) for murder suspect Caleb Blue of Willmar has been cancelled.

The 35-year-old is accused of killing his friend, 24-year-old David Medellin of Willmar October 25th and had initially been charged with 2nd Degree Murder.

Blue was to appear for a court hearing today, but it has been cancelled because a grand jury this week indicted Blue on a charge of 1st Degree Premeditated Murder.

Blue’s next court appearance is set for February 8th.

Court records say he stabbed Medellin to death as the two were coming back home from a trip to Jackpot Junction Casino.   Medellin’s body was later found October 31st in a field just east of Willmar.

A motive for the stabbing is unknown.

Blue is being held in the Kandiyohi County Jail on 2-million dollars bail.