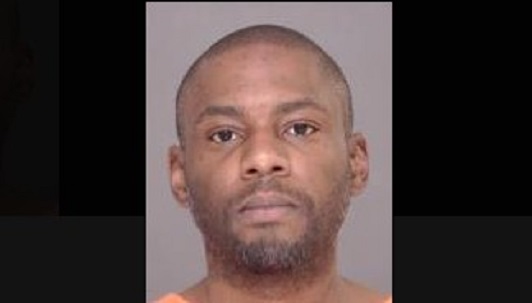 (KWLM/Willmar, MN) 35-year-old Caleb Blue of Willmar pleaded guilty Friday afternoon to a charge of 1st Degree Premeditated Murder, and agreed to spend the rest of his life behind bars.

But in exchange, Blue says the state must agree to drop charges against his accused accomplice, his girlfriend Lori Gafkjen.  Before Judge Melissa Listug, Blue described how on October 25th he stabbed 24-year-old David Medellin to death after he, Medellin and a 17-year-old boy smoked marijuana together near what they called Stoner’s Bridge, a wooden bridge over the railroad tracks a couple miles east of Willmar.

When Judge Medellin asked Blue why he stabbed Medellin, Blue said he and Medellin had gotten into an argument about Blue wanting to assault a man by the name of Joe Vallejo, and at that point Blue said he put on a pair of gloves and stabbed Medellin in a straight thrust to the throat.   Blue said Medellin begged for his life, saying he wouldn’t tell anyone what Blue did, and then tried to run away from Blue, but Blue chased him down and stabbed him in the back and skull.   Blue said in the fury of stabbing Medellin, he ended up badly cutting his finger.

A pre-sentence investigation was ordered, and Blue will be sentenced March 28th, at which time the plea agreement will be officially accepted, and the charges against Gafkjen will be dropped.

In court, Aleeya Medellin spoke before the agreement was accepted and called Blue a coward, and tearfully said Medellin’s infant son is going to grow up with out a father.   Blue said he agreed with Aleeya and said he was taking full responsibility for the murder.