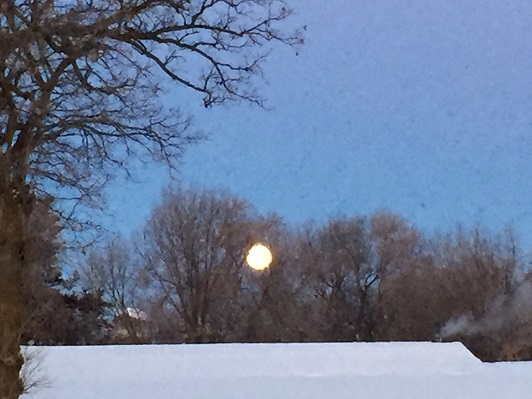 (KEYC/Gray News) – There’s a full moon starting Tuesday morning and it’s the brightest one of the year.

It’s called a super snow moon. It’s a combination of two things – a snow moon and a supermoon.

Snow moon is the traditional name for the second full moon of the year “due to the typically heavy snowfall of February,” according to The Old Farmer’s Almanac.

A supermoon is a new or full moon that happens at the time of the month when the moon is closest to Earth in its orbit.

During a supermoon, the moon appears 14 percent bigger and 30 percent brighter than a micromoon, when our closest neighbor is farthest away in its orbit around Earth, NASA says.

The super snow moon officially crests Tuesday at 9:53 a.m. CT after the sun is already up, but if you catch Tuesday night it will essentially look the same to the naked eye.