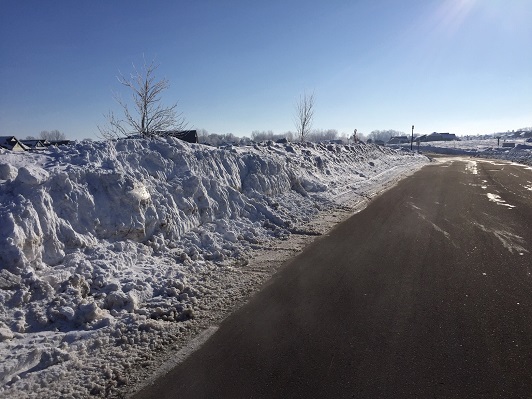 MINNEAPOLIS (AP) — Interstates have reopened in North Dakota and South Dakota after a winter storm dumped more than a foot (0.3 meter) of snow in parts of the Upper Midwest.

North Dakota transportation officials on Sunday reopened Interstate 94 from Bismarck to Fargo. I-29 was reopened from Grand Forks in North Dakota to Watertown in South Dakota.

In South Dakota, officials reopened a stretch of I-90 between Wall and Mitchell.

The National Weather Service says the storm dumped 15 inches (38 centimeters) of snow in Herman and near Pelican Rapids in northwestern Minnesota, 13 inches (33 centimeters) in Detroit Lakes, and 12 inches (30.5 centimeters) in Mahnomen and Holloway.  Nine inches reported in Hutchinson.

Public transit bus service in the Fargo-Moorhead area was suspended an hour early Saturday night, at 10:15 p.m., because of deteriorating road conditions.