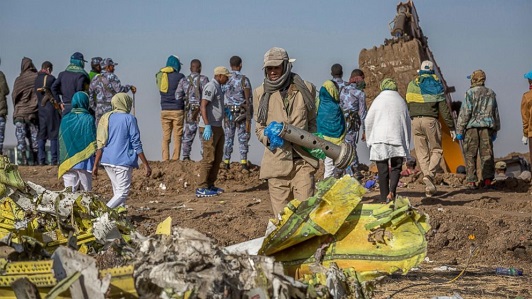 One of the 157 people killed in the Ethiopian Airlines crash has been identified as Mucaad Hussein, a St. Cloud resident.

KSTP reports Hussein’s death was confirmed by Haji Yussuf, a friend of Hussein.

Yussuf said Hussein had been visiting Morocco, but flew to Ethiopia after a flight had been canceled.

The Ethiopian Airlines jetliner crashed shortly after takeoff from the Ethiopian capital Sunday.