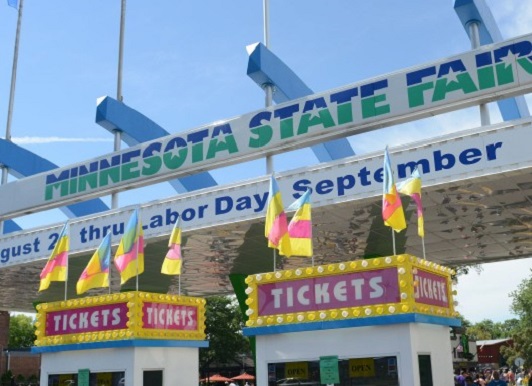 Authorities say part of the roof of the cattle barn gave way Tuesday night. No one was hurt. The 99-year-old brick barn is used for storage during the winter months. The extent of the damage to items stored there is not yet known.

The collapse followed the evacuation of the Super 8 motel in Shakopee just hours earlier after the roof gave way over the swimming pool. The pool area was closed earlier in the day because the roof appeared be sagging.

About a dozen guests were moved to other hotels because of concerns about a possible gas leak.

Heavy snow took it’s toll on the roof at Haug Implement in Willmar this week.

Manager Paul Haug tells KWLM about 1/3rd of the roof of a cold storage building on the west side of the main building on East Highway 12 collapsed Monday night.

Haug says some parts under the roof were damaged.

He says they’ve been doing a lot of clean up and are now waiting for contractors to arrive and do repairs.

Haug says after the collapse, they got “very busy clearing snow from the rest of their building” and advises others to do the same.