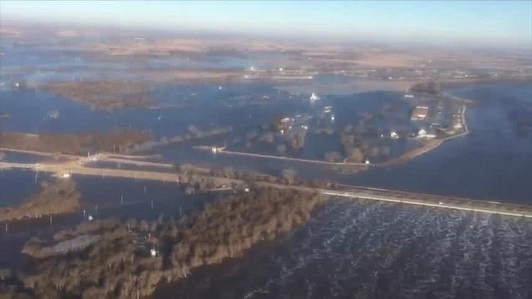 Flooding along the Missouri River has taken a heavy toll in Nebraska, southwestern Iowa and northwestern Missouri. Hundreds of residents have been displaced. Nebraska Gov. Pete Ricketts says flooding in his state alone has caused nearly $1.4 billion in losses.

Walz, a native of Nebraska and retired Minnesota National Guard member, said in a statement that there’s no question the flooding calls for “critical, efficient and fast action” to protect lives and property.