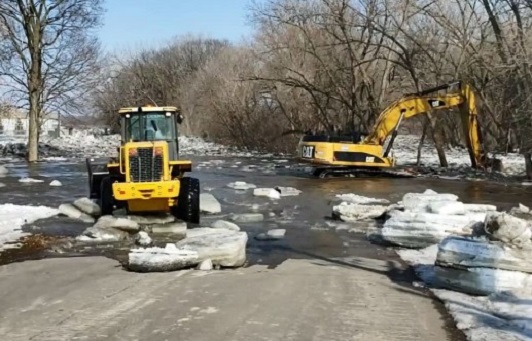 ST. PAUL, Minn. (AP) — Unpredictable and destructive ice jams are upending some residents who live along Minnesota waterways during this spring flooding season.

Minnesota Public Radio News reports that more than 40 people had to be evacuated from a Waite Park restaurant recently when an ice jam caused the Sauk River to suddenly rise and flood the building.

U.S. Geological Survey hydrologist James Fallon says ice jams usually form in the spring as snow melts and a river’s volume and flow increase. He says the water lifts the ice and breaks it into chunks.

Fallon says ice that’s too thick can block the water’s flow. The buildup can cause flooding and damage to structures.

Fallon says he’s seen more ice jams in southern Minnesota over the last two weeks than any year in the past two decades.