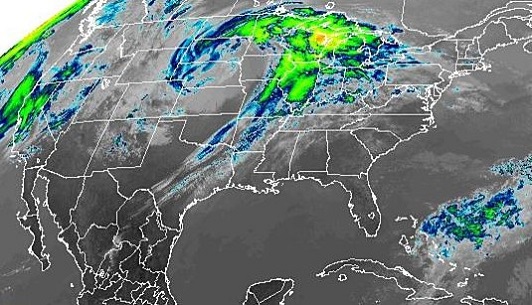 A blizzard has knocked out electricity to tens of thousands of people in the Northern Plains as a powerful storm system sweeps across the central U.S.

According to PowerOutage.us, 14,000 people and businesses are without power in Minnesota and the same number in South Dakota. Another 8,500 are in the dark in Iowa.

Blizzard conditions in the region are expected to linger into early Friday. Lindstrom says crews are out working to restore power, and they’re used to dealing with bad weather conditions.

The blizzard is part of a storm system known as a “bomb cyclone” that’s slowly churning through the central U.S. for the second time in a month.