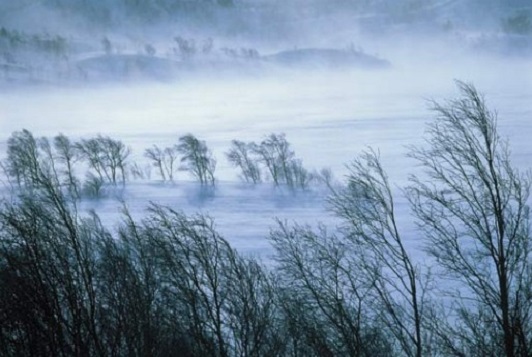 A storm system known as a “bomb cyclone” churned through the U.S. interior for the second time in a month, unleashing a blizzard that struck the Upper Midwest and creating hazardous fire conditions farther south.

The storm knocked out power Wednesday to thousands of homes and businesses in South Dakota, disrupted air and ground travel from Colorado to Minnesota and threatened to swell rivers in the Midwest that flooded after March’s drenching.

National Weather Service Forecaster David Roth said both storms are what is known as a “bomb cyclone,” a weather phenomenon that entails a rapid drop in air pressure and a storm strengthening explosively.

Forecasters said this week’s storm will swell rivers again, though likely not to the levels seen last month.

And the storm continues…

A winter storm warning is in effect for this area until 10am Friday.  Other parts of western Minnesota are under a blizzard warning.

As of late Wednesday afternoon, the National Weather Service reports 6.5 inches of snow had fallen in Hutchinson.