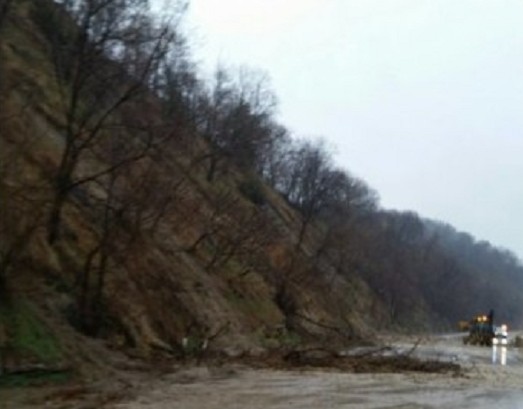 MANKATO, Minn. – (9 a.m.) Motorists are advised that the southbound lanes of Highway 169 between Mankato and St. Peter will likely remain closed throughout the day today (Thursday, April 18) for crews to clean and haul debris from yesterday and last night’s mudslides.

Highway 169 northbound is open to traffic.

Highway 112 at 311th Avenue near Le Sueur opened late yesterday.  It had been closed due to flash flooding.

MnDOT crews are also closely monitoring Highway 93 into Le Sueur and Highway 99 east of St. Peter as the Minnesota River rises to yet another crest.  Motorists are advised that both highways have the potential to close again.

Other Highways that remain closed: