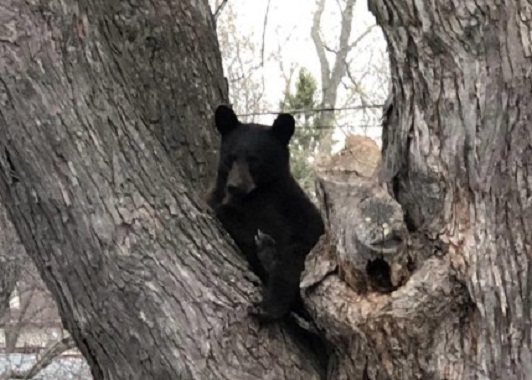 A bear in a residential area of North St. Paul was shot and killed Thursday by a Department of Natural Resources conservation officer as authorities determined the animal posed an immediate safety threat.

DNR officials say the bear was a male and estimated as a two-year old, about 110 – 120 pounds.

Officials say due to the density of residences and roads in this area, it was unlikely that the bear would have been able to escape to more suitable habitat, especially during daylight hours and during the morning rush hour and growing interest in the bear’s location was leading to a gathering of onlookers.

Officials say the bear carcass will be processed and the meat will be distributed to people in need of food.

Bear sightings outside of their primary northern forest range can be reported on an interactive map-based application on the Minnesota DNR website (click here).