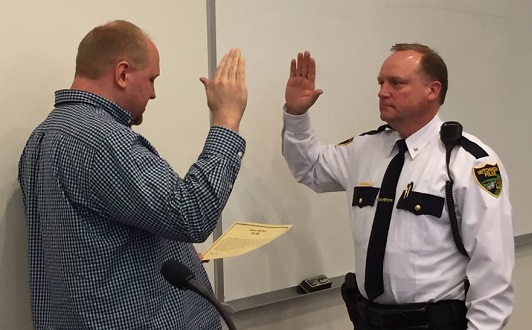 Gifferson is originally from Medelia, Minnesota and has been with the Hutchinson Police Department for 22 years and as a Lieutenant since 2009.

He spoke to the community leaders, friends, family, and his colleagues that gathered for the ceremony about his new position saying that while he may be steering the ship, the department is the power and without power, they’re not going anywhere.

He takes over for now retired Police Chief Dan Hatten, who served as the departments leader for the past 15 years.