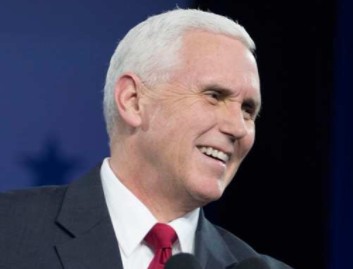 GLYNDON, Minn. (AP) — Vice President Mike Pence says the Trump administration is working “hour by hour” to reach a trade agreement with China, as the U.S. is poised to raise tariffs on Chinese imports.

But Pence says negotiators have to “stand firm.”

The United States plans to raise tariffs on $200 billion in Chinese imports from 10% to 25% today (Friday).

ABC reports this morning (Friday) President Trump has followed through on his threat to raise tariffs on 200 billion dollars worth of Chinese products. Trump says, “I’m different than a lot of people. I happen to think that tariffs four our country are very powerful.”

Pence says if a deal is not reached, the administration will look for ways to provide additional support to farmers. But he was not specific.

The vice president was at a farm in western Minnesota on Thursday to promote the administration’s new North American trade agreement.