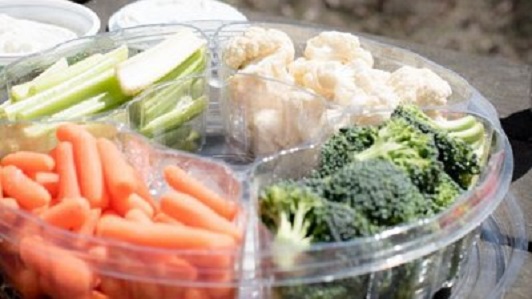 Health officials say the Del Monte vegetable trays, which included broccoli, cauliflower, carrots and dill dip, have been linked to salmonella bacteria. So far, it has sickened three people in Wisconsin and one in Minnesota. Symptoms of salmonellosis are similar to the flu.

The same product sold at Kwik Trip stores last June sickened more than a dozen people in Wisconsin and Minnesota.