(June 26, 2019)– A night after the St. Paul Saints blew a 3-1 ninth inning lead they repaid the favor.  Trailing 3-1 going into the bottom of the ninth against the Texas AirHogs the Saints scored three runs, getting a walk-off single from Max Murphy to win 4-3 on Wednesday night at CHS Field in front of 7,516.  The win improves the Saints to 26-12, best record in the American Association.

Jeremy Martinez led off the ninth with a walk.  Josh Allen struck out.  Pinch hitter Burt Reynolds then hit a grounder to first that was fielded by Cao Jie, who fumbled the ball, but picked it up and got the force out at second.  Chesny Young then lined a single into right field putting runners at first and second.  That’s when the Saints got the luck they were looking for with Joey Wong at the plate.  Wong lifted a fly ball to left and defensive replacement Lu Yuheng slipped, then as he tried to regain his footing fell to the ground and the ball landed just behind him.  Both runners scored on Wong’s RBI double.  That brought up the reigning Player of the Week Max Murphy.  He dropped a bloop single into shallow right that scored Wong for the game winner, the fourth walk-off win for the Saints in 2019.

Much like Tuesday night offense was tough to come by and the Saints appeared as though they were going to blow another late lead.  The game was scoreless through four innings as AirHogs starter Kevin Hilton and Saints starter Spencer Jones matched each other pitch for pitch.

In the fifth the Saints scored when Josh Allen led off with an infield single to third.  Devon Rodriguez lined a single to right putting runners at first and third.  Chesny Yong laid a bunt down that barely got out in front of the plate as Luan Chenchen pounced on it, threw to second for the first out and the throw to first got Young for the double play as Allen scored making it 1-0.  Hilton went 7.2 innings allowing one run on six hits while walking one and striking out three.

Jones was magnificent and retired the side in order in the second, fourth and seventh.  He never allowed a runner to reach third and went 7.0 shutout innings allowing three hits while walking four and striking out five.  He lowered his ERA to 1.34.

In the eighth, however, the AirHogs once again showed their grittiness in scoring three runs against Landon Beck.  Brett Eibner and Stewart Ijames started the inning by both singling to left.  With runners at first and second Jonathan Moroney doubled to left-center scoring Eibner tying the game at one.  A wild pitch scored Ijames making it 2-1.  A sacrifice fly from Yang Jin scored Moroney to make it 3-1, but in this series two run leads proved to be the worst leads.

The Saints have Thursday off and return to action on Friday night for a three-game series at Newman Outdoor Field against the Fargo-Moorhead RedHakws at 7:02 p.m.  The Saints send RHP Dustin Crenshaw (3-2, 4.23) to the mound. 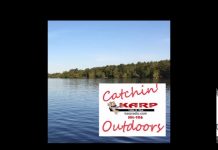 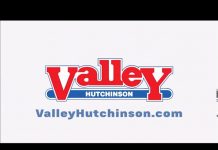