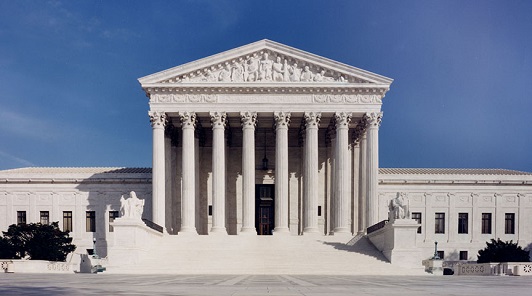 WASHINGTON (AP) — In two politically charged rulings, the Supreme Court dealt a huge blow Thursday to efforts to combat the drawing of electoral districts for partisan gain and put a hold on the Trump administration’s effort to add a citizenship question to the 2020 census.

On the court’s final day of decisions before a summer break, the conservative justices ruled that federal courts have no role to play in the dispute over the practice known as partisan gerrymandering. The decision could embolden political line-drawing for partisan gain when state lawmakers undertake the next round of redistricting following the 2020 census.

Voters and elected officials should be the arbiters of what is a political dispute, Chief Justice John Roberts said in his opinion for the court.

In the census case, the court said the Trump administration’s explanation for wanting to add the question was “more of a distraction” than an explanation. The administration had cited the need to improve enforcement of the Voting Rights Act.

There was no immediate response from the White House on either Supreme Court decision Thursday.

It’s unclear whether the administration would have time to provide a fuller account. Census forms are supposed to be printed beginning next week.

Roberts again had the court’s opinion, with the four liberals joining him in the relevant part of the outcome.

A lower court found the administration violated federal law in the way it tried to add a question broadly asking about citizenship for the first time since 1950.

The Census Bureau’s own experts have predicted that millions of Hispanics and immigrants would go uncounted if the census asked everyone if he or she is an American citizen.