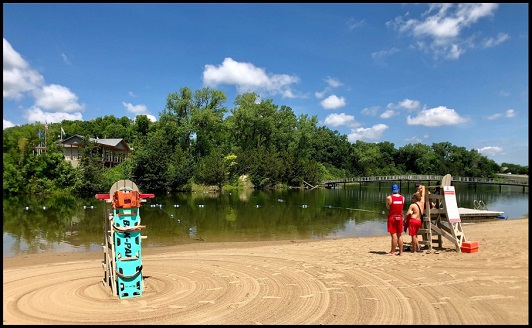 CHASKA, Minn. – City of Chaska officials announced that the Clayhole Swim Beach at Firemen’s Park has reopened after two water quality tests showed that the E. coli level has dropped to a safe level for water recreation to resume.

Officials say the City regularly tests the water quality at the beach from June through August.

While there was a higher than normal reading from a sample taken this past Monday, officials say it was well below the threshold that most area beaches close.

The beach had been closed since Tuesday, July 9 when a water quality test showed a higher than normal E. coli level that dictated closing the beach as a precautionary measure.