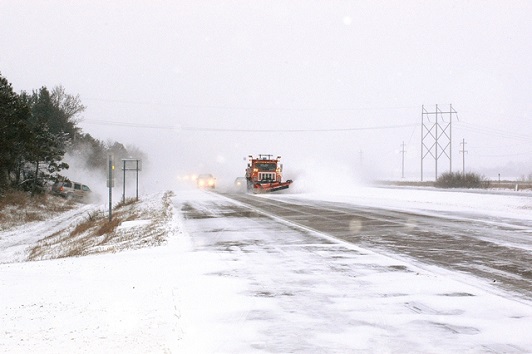 ST. PAUL, Minn. – The Minnesota Department of Transportation spent nearly $133 million dollars to clear roads during the 2018-19 winter season and crews faced some of the most severe weather in the state in a decade, according to a new MnDOT winter maintenance report released today.

“The Winter Maintenance Report helps tell the story very clearly: with the fifth-largest roadway system in the country and more extreme weather conditions than most states, it costs a lot of money to maintain transportation infrastructure and keep people moving in Minnesota,” said Commissioner Margaret Anderson Kelliher. “I’m so proud of the employees of MnDOT, who worked long hours through challenging conditions to keep our roads safe.”

The annual report breaks down fiscal year costs, winter severity, snow totals and other factors. Statistics are separated by each of MnDOT’s eight transportation districts to show the variety of impact across the state.

The statewide snowfall average was 97.2 inches, the result of 31 snow events during the 2018-19 winter season. Those storms created a statewide Winter Severity Index score of 154, nearly 40 points higher than during 2017-18 and the most severe since MnDOT began tracking a severity level this way. The Winter Severity Index compares nine factors that affect snow and ice removal, including temperature, hours of snowfall, blowing snow and precipitation type.

“Snowfall amounts don’t tell the whole story about the challenges MnDOT crews face during winter,” said Jed Falgren, acting state maintenance engineer. “Every area of the state experienced more hours of snowfall compared to the previous winter. Road and air temperature averages were down and hours of freezing rain were up – those elements have a huge impact on how quickly we can clear roads.”

Falgren said snowplow drivers worked more than 198,000 hours of overtime during the 2018-19 winter and exceeded the bare lane target goals for all road classifications within 36 hours after a snow event.

MnDOT used less road salt and sand during the 2018-19 season compared to the previous winter, applying more liquid chemicals, such as potassium acetate, BEET HEET, Apex-C and RG8. The chemicals proved to enhance the performance of road salt during extreme conditions, which led to routes being cleared faster and with less material.

Click here for the MnDOT 2018-19 Winter Maintenance at a glance report.