Authorities have released the name of the Monticello teen that died after he was hit by a vehicle as he was riding his bike in Monticello yesterday (Wednesday).

The State Patrol identifies him as 17-year-old Ian Rogers.

Rogers died at the scene.

The driver of the vehicle, a 25-year-old St. Cloud woman, was not injured.

The incident happened just before 10pm. 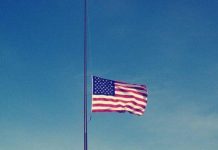