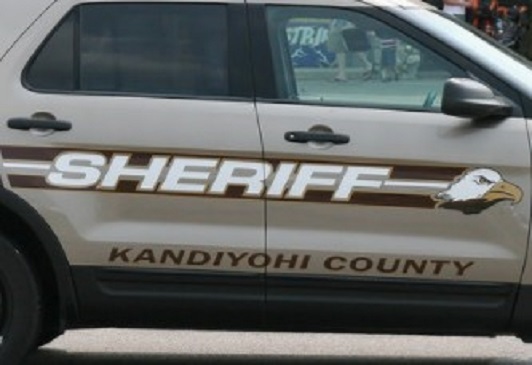 (KWLM/Atwater, MN) The Kandiyohi County Sheriff’s Department says hay bales being hauled by a semi on a flatbed trailer started on fire and started falling off the trailer.

KWLM reports one of the flaming haybales hit a passing semi, but no one was injured.

The incident was reported just before 11 p.m. Wednesday in the area of 175th Street and 138th Avenue Northeast in Irving Township north of Atwater.

65-year-old Dennis Washburn of Hector was driving the truck southbound on 175th with more than 60 bales of hay when the fire flared up and bales started falling off the trailer. One hit the drivers side of the cab of a semi driven by 46-year-old Paul Schmidt of Atwater.

Washburn noticed the fire and stopped in the area of 138th Avenue and the bales continued to burn on the trailer and the roadway.

The Atwater Fire Department responded and put out the fire. A front end loader was dispatched to push the remaining bales off the roadway and prevent further damage.