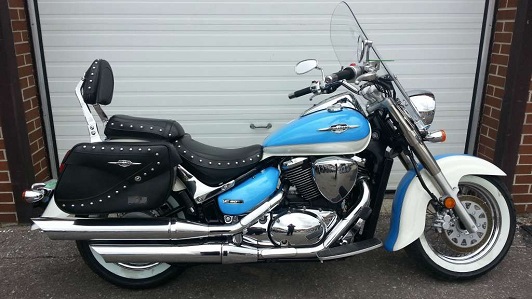 A motorcycle was reported stolen from an underground garage in Hutchinson on Friday (Sept 20).

Hutchinson police say the victim said after running some errands and returning to the business in the 700 block of Century Avenue Southwest, he noticed the passenger door on his vehicle was open and that the business garage door opener had been taken.

The victim believes that allowed access to the underground garage where the motorcycle was parked.

The motorcycle, described as a 2009 Suzuki C50T Boulevard, two-tone light blue and white with black saddlebags, is valued at $7,000.