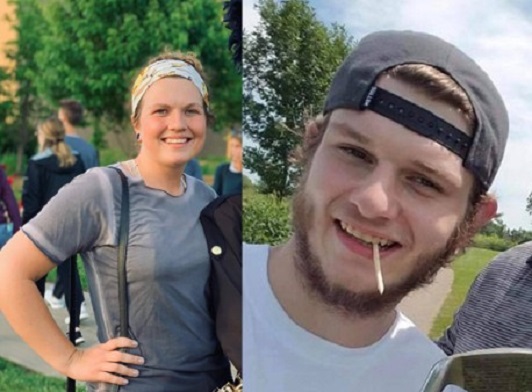 According to authorities, Capaul and Roth were last seen together Thursday night in Chaska.

Police said Capaul’s black 2003 Honda Civic, with license plate CZB-938, was also reported missing. Capaul’s debit card was last used at a Kwik Trip in the area of Highway 212 and Reform Street in Norwood Young America on Friday at about 5:50 a.m.

Police said they believe Capaul may have her dog with her.