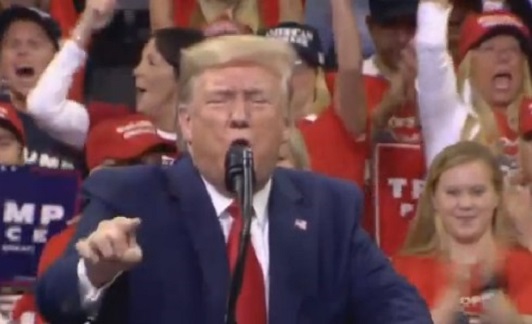 (Learfield News Service/Minneapolis, MN) — The Minneapolis Police Department is reporting just one arrest for damage to property and one disorderly conduct citation during the Trump campaign rally protest.

Officers have hundreds of hours of body cam video collected from the event.

Police Chief Medaria Arradondo says while the vast majority were peaceful and respectful, objects containing liquid believed to be urine and bottles and rocks were thrown at officers. They used pepper spray on some aggressive protesters.

A Facebook video appears to show anti-Trump protesters blocking a car and a front-seat passenger wearing a red hat pull out a gun and point it. Police say they did not receive a report about the incident.