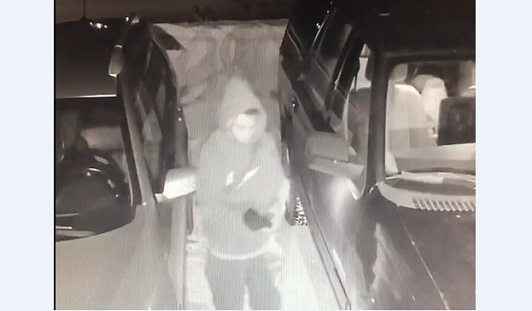 Hutchinson police are investigating a rash of thefts from vehicles that were reported last week.

On Thursday, authorities say they took seven reports from residents in the southeast area of the city in which items were taken.

The thefts occurred in the 400 blocks of 3rd Avenue, Ontario Avenue, and Huron Street…and also in the 500 Blocks of Jefferson, Hassan, and Erie Streets.

During their investigation, police were able to follow shoe prints, believed to have been made by the suspect, that led them to several vehicles that were either tampered with and nothing taken, or where items were taken.

One of the homes did have surveillance video that did capture images of the suspect, which can be seen on the Police Department’s Facebook page and at the bottom of this page.

Anyone with information is asked to contact the Hutchinson Police Department.