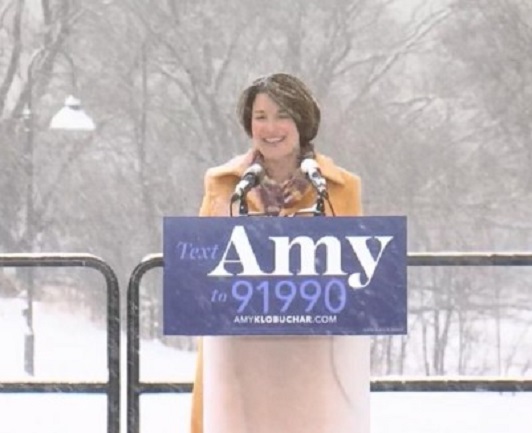 (Learfield News Service/Atlanta, GA)  Minnesota Senator Amy Klobuchar is among 10 Democratic hopefuls squaring off in the fifth presidential debate tonight (Wed, 8pm CT) in Atlanta, but her poll numbers remain in the five- to six-percent range, well below the pack of front-runners.

Hamline University analyst David Schultz says Klobuchar had to be hoping that as Joe Biden didn’t perform very well in the debates, support from moderate Democrats would move to her. But Schultz says that didn’t happen: “We have some polling data that suggests that loss of votes that Biden sustained moved over to [South Bend, Indiana Mayor Pete] Buttigieg, and Buttigieg managed to pick up let us say some undecided voters.”

Schultz says Klobuchar might benefit if all the other candidates go after rising star Pete Buttigieg in tonight’s debate, “But all this suggests is that Amy Klobuchar’s prospects for how she does going forward… in part is largely out of her hands.”

Klobuchar contends she’ll keep working and support will move her way in time for a strong showing in the Iowa caucuses in February. She’s been campaigning heavily in the Hawkeye State.