Four people were injured in a head-on crash south of Hutchinson Friday morning.

The State Patrol says the crash happened on Airport Road near Sherwood Street Southeast just before 5:30am.

The Patrol says a car driven by 24-year-old Jordan Starrett of Hutchinson, was eastbound on Airport Road and crossed over the centerline and crashed head-on into a westbound SUV, driven by 50-year-old Becky Farrell of Glencoe.

Both Farrell and Starrett were taken to HCMC for treatment of non-life-threatening injuries.

Two passengers in the Farrell vehicle, 31-year-old Tricia Ackerson of Plato and 27-year-old Hailey Farrell of Glencoe, were taken to Hutchinson Health for treatment of non-life-threatening injuries. 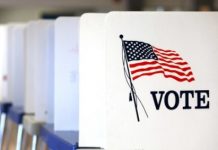 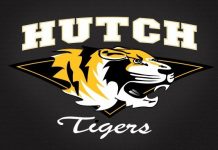