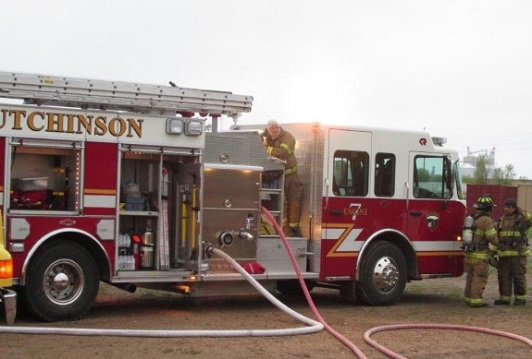 Crews were called to a house fire in Hutchinson this morning (Tuesday).

Authorities say the call came in at 6:41am for a fire at a residence in the 700 Block of California Street Northwest.

Police said that when they arrived, there was smoke coming from the front door.

Hutchinson Fire Chief Mike Schumann says details are not yet available, but he did say there appears to be moderate damage to the home and there were no injuries.

The cause remains under investigation.