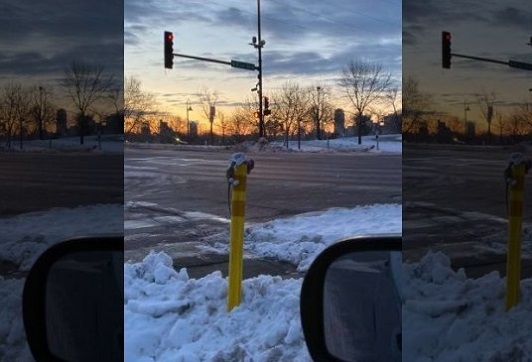 MINNEAPOLIS (FOX 9) – The saying “Minnesota nice” extends to all of the creatures in the Land of 10,000 Lakes — dead or alive apparently.

Last month, an apparent dead rodent appeared to be delicately balanced on a yellow traffic post in northeast Minneapolis at a traffic intersection near the 2000 block of West River Rd N. Cianna Violet told FOX 9 she first noticed the rat on her way to work on Nov. 11 and she snapped a photo to share with her coworkers.

However, during her morning commute Tuesday, she noticed a few additions. It appeared the rat was now wearing booties, a hat, jacket and even a miniature backpack.

The post received a multitude of reactions before it was removed.