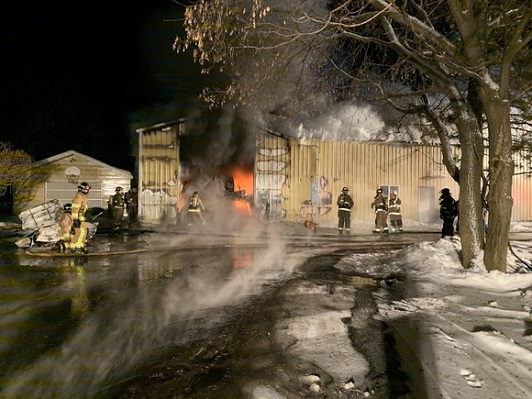 At 10:51pm the Stearns County Sheriff’s Office received a call of a shed on fire at Tom’s Refuse located at 38164 Thunder Road in Millwood Township.

The Sheriff’s Office says 58-year-old Keith Frank of Pequot Lakes was staying in a camper near the shed. When he lost power, he went to check on the electrical breaker system and noticed the shed was on fire.

The shed and its contents were heavily damaged.

The cause of the fire remains under investigation.

No one was injured.