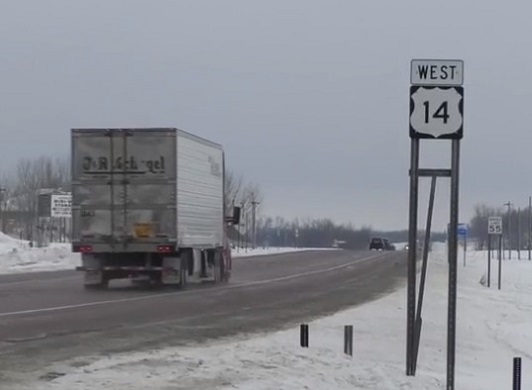 NORTH MANKATO, Minn. (KEYC) — Highway 14 has been named one of the deadliest in the state of Minnesota.

Stretches of the highway that are single lane are home to some of the highest truck traffic per mile of highway in the state.

On Monday, 45-year-old Naomi Peterson of New Ulm was killed in a car versus semi crash near Cortland.

On Tuesday, not even 48 hours later, the State Patrol reported that 23-year-old Aaron Lloyd of North Mankato died in a collision when a driver traveling eastbound on Highway 14 entered the westbound lane, colliding with Lloyd’s vehicle head-on.

Rep. Jeff Brand (DFL-St. Peter) along with the U.S. Highway 14 Partnership, a collaborative across the entire stretch from New Ulm to Rochester, is pushing to get the job done by expanding the highway to four lanes.

The project would cost $85 million.

The only issue is finding a funding source that would go to the project.