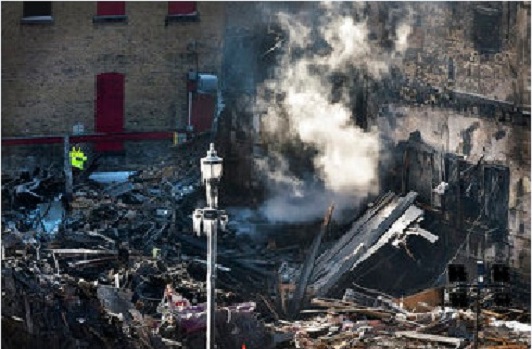 ST. CLOUD, Minn. (AP) — Officials in St. Cloud say they don’t know yet what caused a fire that destroyed a historic downtown bar.

St. Cloud Fire Chief Dean Wrobbel says the fire started in the basement of the Press Bar and spread throughout the walls of the building.

The state Fire Marshal’s Office was on the scene Tuesday.

Investigators are expected to spend much of the day going through the rubble.

The fire broke out Monday morning. By that afternoon, the entire building had been leveled.