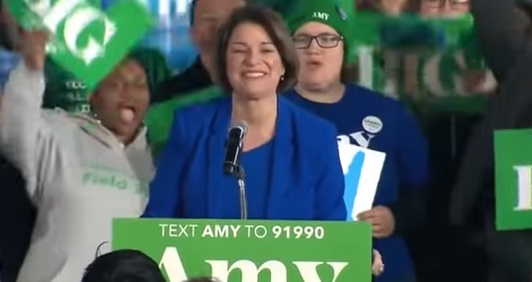 CHICAGO (AP) — Democratic presidential candidate Amy Klobuchar is in “very good health.” That’s according to a four-page medical report the Minnesota senator released days after she said during a debate over Bernie Sanders’ health records that “you should release your records from your physical.”

Klobuchar was trailing Sanders and most of her other rivals ahead of Tuesday night’s debate in South Carolina.

The report released late Monday is based on a January routine physical and medical records.