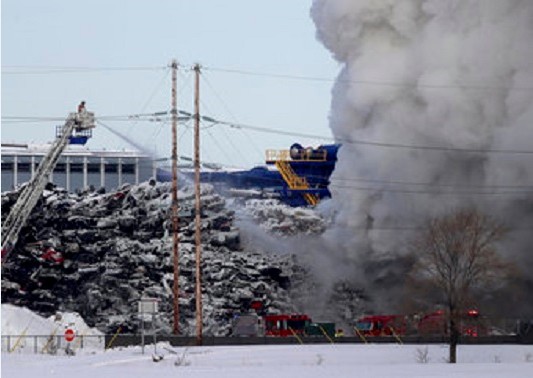 An investigator for the state fire marshal’s division says a discarded battery may have sparked the fire Feb. 18 at Northern Metal Recycling in Becker.

Law officers found no indication in the fresh snow that anyone had tried to climb the metal pile that stood 60 feet tall.

The fire started 20 to 30 feet into a pile of crushed cars, appliances and scrap metal.

The Star Tribune reports workers told investigators that while batteries are supposed to be removed from vehicles before they’re received at the yard, some occasionally slip through.