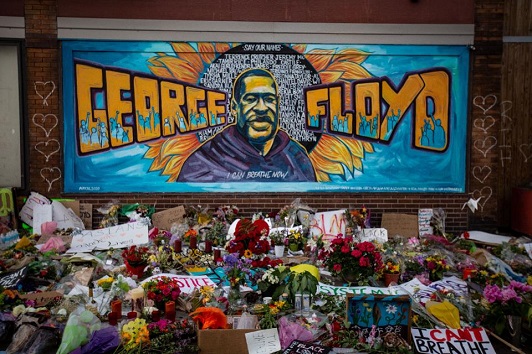 (Learfield News Service/Minneapolis, MN) There were prayers and memories from family members at Thursday afternoon’s memorial service in Minneapolis for George Floyd, but also a call to action from the Reverend Al Sharpton, who says there’s a difference between those calling for peace, and those calling for quiet. “Some of you all don’t want peace, you just want quiet,” he said. “You just want us to shut up and suffer in silence. The overwhelming majority of the people [who] march wasn’t breaking windows, they were trying to break barriers.”

Floyd’s youngest brother, Rodney, told the audience his brother “would stand up for his family and friends, and he’s great at that, and I want you guys to know that he would stand up for any injustice everywhere.”

The family’s attorney, Benjamin Crump, echoed the call for action, telling the cheering audience, “Do not cooperate with evil! Protest against evil! Join the young people in the streets protesting against the evil, the inhumane, the torture that they witnessed on that video!”

Another memorial service is Saturday afternoon in North Carolina, where Floyd was born. Floyd’s funeral is in Houston next Tuesday.

At end of the service, the audience stood in silence for eight minutes and 46 seconds — the time George Floyd was on the ground.