MINNEAPOLIS-ST. PAUL, MN – The Minnesota Twins tonight announced their revised schedule for the 2020 Major League Baseball regular season, as the club’s 60th campaign in Twins Territory features a 60-game slate to be played over 66 days between July 24 and September 27. All 60 games will be televised, with 58 broadcast on FOX Sports North and two on FOX National. Additionally, all 60 games will be aired on radio via the Treasure Island Baseball Network, while 20 contests will feature a Spanish language broadcast available on twinsbeisbol.com and the Secondary Audio Program (SAP) option on FOX Sports North.

One hundred and twenty days after the originally-scheduled March 26 opener was impacted by the COVID-19 pandemic, Twins baseball officially returns on Friday, July 24 with a 7:10 p.m. Opening Day game at Guaranteed Rate Field against the Chicago White Sox. Following a three-game series in Chicago (July 24-26), the Twins host St. Louis at Target Field for the 7:10 p.m. home opener on July 28, part of an eight-game homestand vs. the Cardinals (July 28-29), Cleveland Indians (July 30-August 2) and Pittsburgh Pirates (August 3-4).

The Twins have a strictly regional schedule in 2020, with 40 games against their American League Central Division rivals and 20 Interleague contests vs. the National League Central. Minnesota plays 10 games apiece against the White Sox (3 home/7 away), Indians (7 home/3 away), Detroit Tigers (6 home/4 away) and Kansas City Royals (4 home/6 away). The Twins will have a six-contest Interleague Border Battle with the Milwaukee Brewers (3 home/3 away), while playing four games each (2 home/2 away) against both the Pirates and Cardinals. Additionally, Minnesota travels to Wrigley Field for a three-game set vs. the Chicago Cubs and hosts the Cincinnati Reds for three games.

All 60 Twins regular season games will be shown on television, with 58 broadcast on FOX Sports North and two home games vs. Cleveland (July 30 and September 12) selected by FOX National. Additional national co-exist selections (games that can be simultaneously shown as a national broadcast and on FOX Sports North) have yet to be determined. Additional information regarding FOX Sports North’s schedule, including broadcast details and talent lineup, will be announced at a later date.

Additionally, every Twins game throughout the 2020 season (beginning with a July 22 exhibition game at Wrigley Field against the Chicago Cubs, and including all 60 regular season games and any potential postseason contests) will be aired on the Treasure Island Baseball Network, including KARP FM 106.9 and KGLB AM 1310/96.1 FM. Cory Provus and Dan Gladden are back in the booth, with Kris Atteberry returning as studio host.

The Twins, who in 2006 became the first professional sports team in the Twin Cities market to broadcast their games in Spanish, continue this tradition in 2020 with 20 games available free of charge on twinsbeisbol.com and the SAP option on FOX Sports North. Minnesota’s Spanish language broadcast schedule consists primarily of Sunday and Tuesday games, highlighted by showcase dates such as Opening Day (July 24), the home opener (July 28) and the regular season finale (September 27). Twins Hall of Famer and color analyst Tony Oliva, along with play-by-play announcer Alfonso Fernandez, are back for their 15th season together.

All broadcast talent (television, radio and Spanish language) will remain in Minnesota for road games, utilizing an “all-nine” full-field camera angle to deliver the same insightful analysis Twins fans have become accustomed to.

The 2020 season will begin without fans in attendance at Target Field, as mandated by Governor Tim Walz and in alignment with guidance from the Minnesota Department of Health (MDH) and Centers for Disease Control and Prevention (CDC). For information regarding tickets purchased for any of the Twins’ originally-scheduled 81 home games at Target Field in 2020, please visit here. 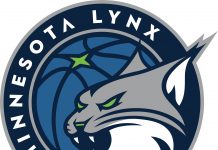