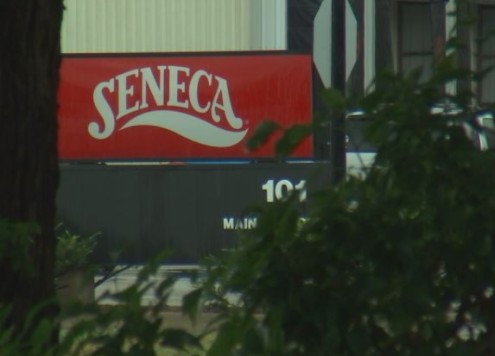 (FOX 9/Glencoe, MN) A COVID-19 outbreak at the Seneca plant in Glencoe is possibly linked to seasonal workers.

Many of the seasonal Seneca workers live in dormitories next to the plant. Those testing positive are being kept in quarantine either in the dormitories or area motels.

The Minnesota Department of Labor has also launched an investigation into practices at the facility.

Health officials said Seneca tested as many as 200 workers when they arrived at the facility around July 30. But those test results were delayed by more than ten days and are just beginning to trickle in.

“The test results were very slow to come back and in the meantime many of those workers became symptomatic and exposed others,” said Lynn Bahta, an MDH nurse working closely with essential food supply businesses.

“We are trying to reset the clock and get more testing done,” said Bahta.

MDH believes the Seneca workers brought the virus with them. Many of the workers came from Brownsville, Texas on the southern border with Mexico.

The city of Brownsville announced last month it was experiencing a Red Level 4 event on the COVID-19 Threat Matrix, which means spread of the virus is severe and uncontrolled.

MDH admits there can be a time lag with the testing numbers it receives.

A health care worker provided the FOX 9 Investigators with an email that showed testing facilities in McLeod County had 40 positive COVID-19 tests in all of July, but just eleven days into August there were 69 positive tests.