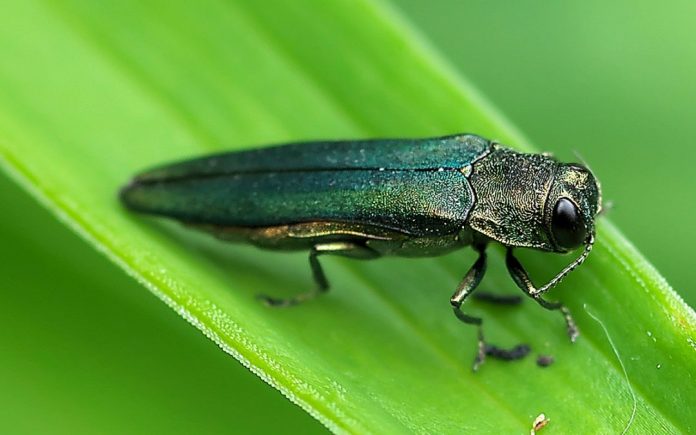 The Minnesota Department of Agriculture says Emerald ash borers (EAB), insects who feed on ash trees and are known for killing the trees, have been discovered in Carver County.

Southwest News Media reports Carver and Sibley counties are the most-recent counties to be confirmed with EAB insects, making them No. 24 and No. 25 in the state.

Officials say it’s the first time EAB have been confirmed in the counties.

No firewood or ash tree material may be removed from the county, according to an “emergency quarantine” by the department. They say that will reduce the risk of further spreading the tree-killing insect.

The department said EAB larvae tunnel under tree back and feed on essential parts of the tree, often killing them.