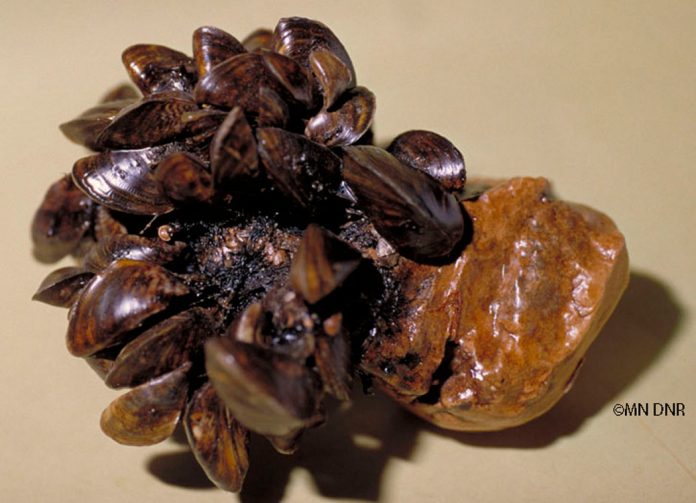 The Minnesota Department of Natural Resources has confirmed the presence of zebra mussels in Piersons Lake, near Victoria in Carver County.

After one juvenile zebra mussel was found on a settlement sampler near the Piersons Lake public access, DNR and Carver County staff conducted snorkel and scuba searches. During the search, no additional zebra mussels were found, but a water sample revealed 260 zebra mussel larvae, called veligers.

The large number of veligers in the sample indicates that in-lake reproduction is likely occurring.

Additional searches will be conducted this fall.

Lake residents are asked to look for zebra mussels on docks and boat lifts when removing equipment.