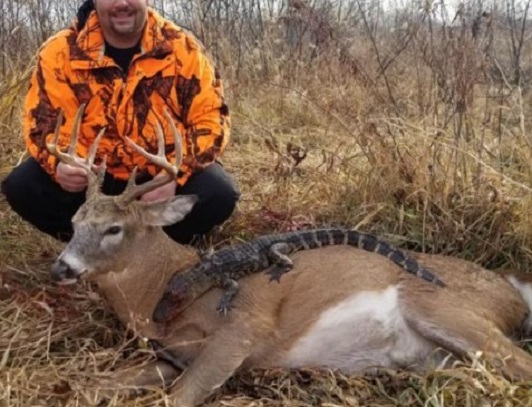 (FOX 9) – A Zimmerman sportsman harvested his first buck with a shotgun during the firearm hunting opener this weekend, but he is more likey to remember the day as when he shot his first alligator.

FOX 9 reports Cory Klocek says he was tracking a deer around a pond Saturday morning on land in East Bethel, Minn. when he saw a 3-foot-long alligator about 10 feet in front of him. Klocek contacted a game warden who told him he was allowed to shoot it.

He is not sure how the alligator found its way into the Minnesota woods, but he guesses that it was someone’s pet that was released when it got too big.

In a statement Sunday, the Minnesota DNR said the animal would likely not have survived the winter and has no special protections in the state of Minnesota. 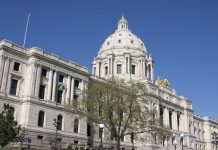