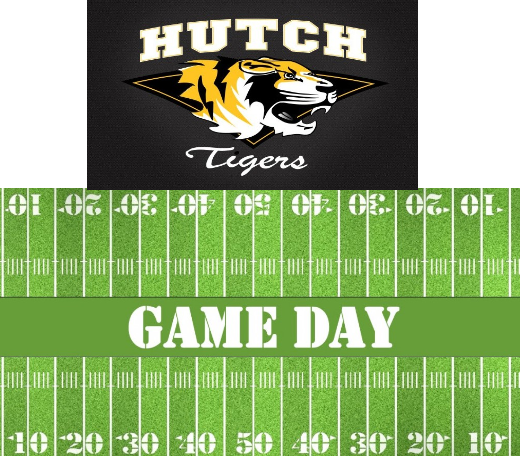 Game Recap: Hutch was just off all night. The defense didn’t play bad…but also didnt play like we’ve seen them play before. But being honest they weren’t the issue. The offense’s inability to move the ball and turn the ball over doomed this team. Sometimes you just throw a game out of your memory. This one was it for this year.

About the Opponent: There have been some really good games between these two teams over the years. Most of them in the Section Playoffs. This could be another good battle. Offensively you’ll see East sling it around…no huddle, shotgun, likes to go deep. Defensively they are stout up front and fast in the back end.

Key Hutch Players: Seniors. I won’t list them all here since I don’t want to take the chance of them me accidentally missing one of them. But, looking at the silver lining in this game. Yes, this is your final game as a Hutch Tiger…but you have a chance to do what only 5 other Hutchinson teams have ever done. Win their final game of the season. Now it’s not the same as those previous five times…but that’s OK. Go out a winner…try you rbest….leave it all on the field…and any other catchy cliché you can think of. Because they are all true…There is no tomorrow. Enjoy this night!

4 Downs/Storylines:
First Down: Find a way to move the ball on offense. Hutch’s bread and butter is the run game and running straight ahead. East has some big boys up front and are good against the run. Immoveable Object vs Irresistable force…which one is gonna win?
Second Down: Defensively keep your head and wits about you. East will use mulitple formations, movement, a lot of different things to stretch you out. Keep on your assignment and do your job. Defense has been the strength of this team…keep that up until the last second is off the clock.
Third Down: Turnovers! We didn’t keep stats in the cold last week at Rocori, and that’s probably a good thing. Reportedly the ball hit the ground over 10 times. Now not all of those were turnovers…but safe to say the play is blown up if the ball hits the ground. So over 10 plays didn’t get to happen because of that. Keep the ball, hold the ball! I remember a scene in the move “The Program” where one of the players has a fumbling problem and has to carry a football around in class, while his teammates try and take it from him. I wonder if you could do a drill like that? If you were doing in person classes.
4th Down/Quick Hit Keys: Here I just want to say a thank you to two people…1. Our Sponsors. Thanks for hanging in there with us through all th euncertainty and helping us bring Tiger Sports to folks at home who weren’t able to attend games. I hope all of you support those businesses that helped support the Tigers! … 2. You the listeners. Thanks a bunch for listening. I hope you enjoyed listening this year. My favorite note from the past season was getting a text froma listener that was watching the game on HCVN, on a cold night, with the fireplace on! Sounds good to me! What a way for my 20th season of Hutch Sports to start huh?